What is Sex Offender Registration? 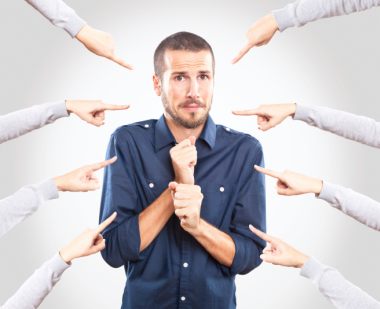 Under Nevada Revised Statute 79D.095, an adult sex offender is an individual who was convicted of a sexual offense after July 1, 1956. The crimes that are defined as a sexual offense are listed under N.R.S 179D.097 and includes sex trafficking, sexual assault, and child sexual abuse. Nevada Revised Statute 179B.250 establishes, and maintains, the online repository of convicted sex offenders. The information that is available online includes, but is not limited to, a photograph, address, conviction, threat level to the community, physical descriptions, and what court convicted the offender. However, this publicly searchable information is only available for Tier 2 and 3 offenders. The tier ranking ranges from 0-3 and describes the likelihood of recidivism. In other words it means the likelihood that the offender will commit another sex crime. A risk assessment is done to determine the tier level of the offender. The assessment includes factors such as the seriousness of the offense, the number of instances it occurred, and whether violence was involved.

Pursuant to N.R.S 179D.460, a convicted offender has 48-hours upon release from custody to register with local authorities. If you move, you have 48-hours to re-register with a proper address. If you will be in an area for 48 or more hours you must register with local authorities as well. This means that even if you are simply visiting a buddy for a long weekend, you have to notify the local authorities. When registering with a local agency, the convicted offender must be prepared to present an address, submit to fingerprinting, and a photograph for the system.
Depending on the tier classification that the offender has received, the individual may have certain requirements beyond the 48-hour registration requirement. Under N.R.S. 179D.480, an individual must check-in with local law enforcement agencies:

The duration of a convicted offender’s duty to register and check-in is also based on the tier classification the individual has received pursuant to N.R.S. 179D.490.

Failure to Register or Update Registration

If you have been accused of a sex offense in Nevada you can face lifetime registration as a sex offender, prison time, and substantial fines. If upon conviction you are not informed of your requirement to register as a sex offender, you are not relived of your registration duties. It is for this reason, and other nuances in the laws, that it is essential for you to give us a call at Almase Law to allow a professional to fight for your rights. This is not a battle you want to face alone.