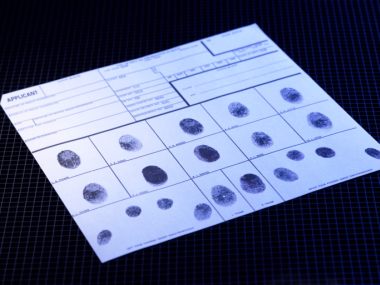 Las Vegas, better known as Sin City, has been endowed with the charming, common phrase of “what happens in Vegas stays in Vegas” unless, of course, you contract something lovely, which does not stay in Vegas. There is one more exception to this phrase; what happens if you break the law and you are caught. Once you have been arrested, charged, and convicted you have a criminal record. This follows you home too because employers, educational facilities, adoption agencies, and essentially anything else that requires an application can use this criminal record against you. However, the mistake that you once made does not have to define you.

Under Nevada law, you may be able to essentially erase your mistake. After a requisite period of time, you may petition the court to seal, or expunge, your record. Expunging something essentially means erasing it completely; however, that common term – like the common phrase above – does not clearly depict the overall concept.

Pursuant to Nevada Revised Statute 179.245 a person may petition the court in which they were convicted to seal all records related to that conviction after:

There are caveats to these sealing timelines. Misdemeanor Driving Under the Influence (DUI) and Battery Domestic Violence convictions can be sealed after 7 years. The time begins to toll when the individual is released from actual custody or has successfully completed parole or probation, the court will use which ever comes later as the starting point.

Sam is a 21-year old junior at USC. To celebrate spring break, Sam and his frat brothers drive to Las Vegas to have a good time. Sam and his buddies decide it would be best if each night they designated a driver to remain sober – so they could save on the cost of cabs. On Sam’s night to be the designated driver, Sam decides that one drink will not do any harm. Unfortunately, one drink turned into two, and two led to buying cocaine, which resulted in Sam being arrested for misdemeanor DUI and felony Possession of a Controlled Substance. Luckily for Sam, he hired a top-notch attorney and was only convicted of the misdemeanor. After this wake-up call, Sam got his life on track, received an undergraduate degree, and obtained a graduate degree. It is eight years later, Sam is about to apply for his first real job after graduation and he wants to know if he can have his misdemeanor DUI expunged. Is this possible?

Yes, as long as Sam completed all the court imposed requirements for a misdemeanor DUI and the case was closed at least seven years earlier.

Petitioning a court to seal your records can be very confusing and time-consuming, which is why it is best to hire an attorney to assist you. Some information that must be included with the petition include:

If any of these items or others not listed is missing with your petition, it will be rejected altogether, and will not be considered by a court of law.

Denial of the Petition

It is essential to understand that the sealing of criminal records is in the discretion of the judge, which is another reason it is important to hire an attorney to handle this process. The judge MAY seal the conviction records if there have been no new offenses, outside of minor traffic offenses. Unfortunately, there are crimes of moral turpitude that cannot be sealed, including crimes against children and sexual offenses (which were discussed in more detail). The following are common reasons that your petition will be denied:

Even if your petition is properly filed and there seems to be no legal issues with your application, the prosecuting agency can request a hearing before a court of law. If a hearing is set, then having an experienced attorney on your side becomes all the more vital.

The above is a general overview of the process of sealing records in Nevada; however, as discussed above, there are many nuances and exceptions that must be taken into account. Even if you qualify for a judge to seal your records, the judge does not have to seal them – it is in their discretion. It is essential that you give us a call at Almase Law. We will ensure a proper petition is filed with the court and advocate for the sealing of your records. Your future does not have to be subject to the crimes of your past. Give us a call today.