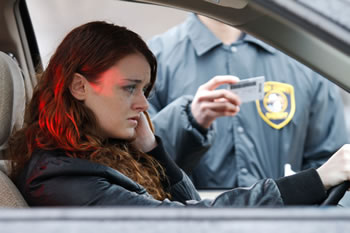 Driving under the influence of drugs or alcohol (DUI) is a very serious crime that can come with life-altering penalties. Drinking alcohol to excess or taking drugs, can negatively affect your decision making process, and getting behind the wheel while under the influence is a poor decision that is difficult to overcome. Even with a clean driving record and no prior criminal history, a DUI charge will negatively affect your life.

However, making one poor decision should not define your life. By assessing the circumstances surrounding your DUI charge and understanding what avenues you have to avoid harsher penalties, you will have a better chance of moving past the mistake with minimum consequences. If you were falsely accused or have a viable defense, you have the opportunity of avoiding a conviction completely. Whether you are charged with a misdemeanor or felony DUI, Almase Law will help you get the best result possible.

The Difference Between A Misdemeanor And Felony DUI

A DUI in Nevada will be charged as a misdemeanor, unless a person has two or more misdemeanor convictions, has a prior felony DUI conviction, or bodily injury or death is alleged to have resulted from the person driving while under the influence. The first and second DUI convictions carry maximum penalties of six months incarceration (2 days minimum for the 1st offense and 10 days for the 2nd offense) and a maximum fine of $1,000, exclusive of court fees and assessments. A major difference between the first and second DUI offense is the time your license is suspended. A first offense DUI can result in a license suspension of 90 days, whereas a second offense DUI may result in a 12 months suspension. Almase Law will fight for you to keep your license at the DMV Administrative Hearing, in addition to defending you in the criminal case.

If you have been convicted for two misdemeanor DUIs in the past seven years of a third DUI arrest, the third incident could be charged as a felony. Similarly, if you have already been convicted of one felony DUI, the next DUI charge may be for a felony as well. In these two circumstances, the penalties are much higher than for a misdemeanor. You could be sentenced to a felony DUI that carries 1 to 6 years, or for a subsequent DUI felony, to 2 to 15 years in the Nevada Department of Corrections.

You can also be charged with a felony DUI if you are alleged to be driving while intoxicated and cause an accident that results in substantial bodily harm or a fatality, even if this is your first DUI charge. The sentence for such a charge is 2 to 20 years in prison. Even more serious, you may be charged with felony Vehicular Homicide, if you have three prior DUI convictions. Vehicular Homicide carries a sentence of 10 years to life, or 10 to 25 years.

While getting arrested for DUI is a serious mistake that shouldn’t be repeated, it doesn’t have to ruin your life. A good defense lawyer can help you avoid the criminal and civil penalties of a DUI conviction, or prevent you from getting convicted at all depending on the circumstances. Almase Law can help you no matter where you are in the process, and no matter what the charge. We will do everything possible to get you the very best result.