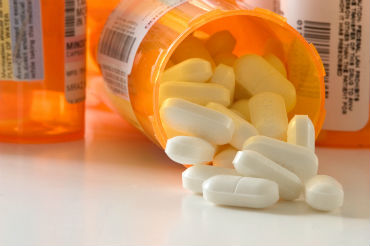 Scarcely a person alive today does not recognize the gravity of driving while under the influence of illegal drugs, (NRS 484C.110) such as heroin, cocaine, or methamphetamine. Unfortunately, accidents can occur just as readily at the hands of someone under the influence of prescription or over-the-counter medication, and the aftermath can be just as deadly. So deadly, in fact, that Nevada treats every DUI involving drugs, regardless of whether the drugs were legal or otherwise, with the same harsh sanctions.

When it comes to charges of driving under the influence, or DUI, the substance that got you into that condition is as immaterial as the means by which you obtained it. To be guilty of DUI charges in the state of Nevada, you must only have been driving while drunk or under the influence of an intoxicating substance. In Nevada as in the other 49 states, you can find yourself charged with DUI regardless of whether the substance that led to your condition was or was not legal.

That’s because drugs acquired lawfully can still cause some degree of impairment. Accordingly, if you drive while impaired by Ambien, Vicodin or other such legalized substance, the state of Nevada can just as readily charge you with DUI.

How Did This Happen to Me?

If you have found yourself in this situation, you’re probably confused and angry. After all, whether your doctor prescribed the drug in question or you pulled it off the counter at your local supermarket, it is still a legal substance. DUI charges don’t really seem fair.

How Much Is Too Much?

A July 2009 study by the National Highway Traffic Safety Administration has shown that as many as 19 percent of those who operate a motor vehicle after dark have been debilitated by some sort of drug. While many of these substances were undoubtedly illegal, others comprised a laundry list of common over-the-counter and prescription medications. The prosecution can charge a person with DUI involving a legal substance, if it can be shown that the amount of the substance in that person’s system is above a therapeutic level; that is, the amount indicates it was taken recreationally, rather than therapeutically.

Additionally, a DUI case can be made against a person based on driving conduct or other behavior exhibited. Law enforcement will take a closer look at those who:

A recognition of these behaviors combined with the knowledge that the driver is acting under the influence of a legal but potentially intoxicating drug could result in prosecution for DUI.

The Legal Drugs Most Often Responsible

Unfortunately many legally sanctioned drugs can cause a measure of impairment equal in many respects to that of alcohol intoxication. Some of the biggest offenders in this regard include:

Valium is another frequent culprit. Ingesting as few as 10 milligrams of this popular and time-tested tranquilizer can put you on equal footing with a person with a blood-alcohol content of 0.10 percent, which is above the legal limit in Nevada.

The state of Nevada is tough on DUI, and the penalties it imposes will worsen with each repeated conviction. For example:

On the third offense, the chance of having an ignition interlock device installed on your car rises from possibility to certainty.

Get the Representation You Deserve

You need the assistance of a skilled lawyer who cares about your case and will fight to ensure the protection of your rights. Caesar Almase knows DUI law. He will do everything within the law to help get you the best possible result. Because many DUIs occur at night or early in the morning, Almase Law provides you with an immediate response at anytime, via web chat with an operator. Please get in touch with Almase Law today for a consultation and let us provide the help you need at this difficult time in your life.