Marijuana: Is It Really Decriminalized? 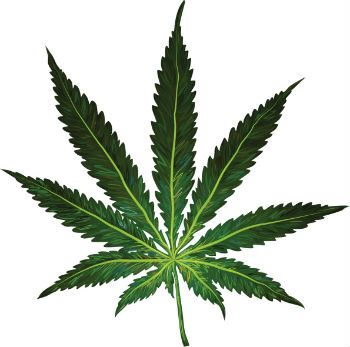 Despite the legalization of recreational marijuana use in some states, Nevada maintains marijuana as a Schedule I Hallucinogenic under the Nevada Uniform Controlled Substances Act. While having marijuana may not impose the same type of criminal liability that possession of methamphetamine, cocaine, or heroin does, it can still result in hefty fines, jail time, and a blemish on your record that could affect subsequent career and scholastic opportunities. So what exactly is the law on marijuana in Nevada?

Penalties For The Possession Of Marijuana

Penalties For The Sale Or Delivery Of Marijuana

Penalties For The Trafficking Of Marijuana

Penalties For The Possession Of Marijuana Paraphernalia

Is Possession Of Marijuana Really Just A Misdemeanor?

A first or second conviction for possessing marijuana amount to misdemeanors that go away after you pay a fine, right? Not exactly. Although first and second offense possession convictions are just misdemeanors, a person who has been twice convicted of possession of marijuana will face the very real possibility of being charged with a gross misdemeanor and having to spend a lengthy term of incarceration or supervised probation. Moreover, if the underlying circumstances of the case constitute probable cause that the marijuana being possessed was to be sold, then a felony will be charged, regardless of whether this was the first time the person had ever been arrested for possession of marijuana.

Joe Stoner is caught smoking marijuana out of his pipe while sitting in his parked car. Metro finds a couple grams of marijuana, a pipe, and his scale. What is the result? Putting aside the DUI offense, (yes you can be charged with a DUI for being under the influence of marijuana) Joe may be charged with Possession Of Marijuana With Intent To Sell Or Deliver, and Possession Of Drug Paraphernalia. Not to mention, under NRS 453.301, Joe’s car and other property may be seized if it can be established that it was gained or used in conjunction with the possession of the marijuana. These kinds of charges are sure to ruin Joe’s high. Unfortunately, this is the reality of smoking marijuana in Nevada.

The above example is the worst-case scenario but, nevertheless, this is the type of thing that can happen if caught with marijuana in Nevada. If you have been charged with Possession Of Marijuana or any other drug related offense, take it seriously and give us a call at Almase Law.

« Drinking and Driving: What Are Your Rights? » Battery Domestic Violence – The Costly End to a Disagreement