Battery Domestic Violence – The Costly End to a Disagreement 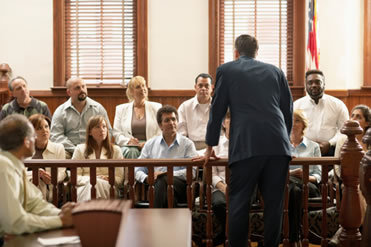 The Basics of Battery Domestic Violence

Battery Domestic Violence is most often charged when a person commits a battery against a spouse, former spouse, family member, or against someone with whom you have or had a dating relationship.[ NRS 33.018(1).] Battery is defined as “any willful or unlawful use of force or violence upon the person of another.”[ NRS 200.481(1)(a).]

You have had a long day of work and all you want to do is come home, drink a beer, and see your girlfriend. When you walk in the door, you find your girlfriend in an angry state. As it turns out, you had forgotten your six-month anniversary and she was very upset as a result. An argument ensues and eventually escalates into name calling and yelling. Your girlfriend walks up to you and starts yelling in your face about everything you have done wrong in the last six months. In your angry, frustrated state of mind you push her out of your face, she falls backwards, and hits her head on the wall. She gets up crying and shuts herself in the bathroom.

A few minutes later there is a knock on the front door, it is Metro; it seems your neighbor called the police when they heard all of the shouting because this is not the first time an incident like this has occurred. Metro walks you outside and asks you what happened while another officer goes into the house to question your girlfriend. Between the bump on your girlfriend’s head, the neighbor’s testimony regarding the yelling, and the fact that Metro had been out once before on a similar call to your home, you are taken into custody! Now what?

In Nevada, domestic violence is not taken lightly and repeat offenders receive substantial punishment. Nevada Revised Statute 200.485 breaks down the punishment based on the number of offenses in a seven-year period of time.

The Military Has a Zero Tolerance Policy for Domestic Violence

If you are in the military and are found to have committed domestic violence, the punishment you face civilly are slight compared to the potential punishment you could face in the military. This will include loss of rank, loss of pay, bringing you home early from deployment, not allowing you to deploy, not allowing you to train with weapons, and could include a dishonorable discharge. This is all due to the Department of Defense’s Zero Tolerance Policy on domestic violence.

You are considered an alien in the United States if you are not a lawful citizen. Aliens include those who hold green cards, non-immigrant temporary visa holders, and those in the country illegally. If you are found guilty of battery domestic violence you could face deportation from the country.[ 8 U.S.C. 1227.237(2)(E)(i).]

Despite the fact that a first or second offense for domestic violence is a misdemeanor, it is a serious offense that can result in a class C felony and serious prison time. Therefore, it is essential for you to call Almase Law immediately if you are facing domestic violence charges.