Saying “No” To An Officer And The Power of Consent 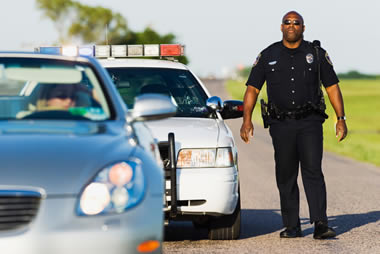 Far too often I have clients come in and tell me they allowed officers to search them. My clients regularly tell me that they feel forced to say “yes” and they had little idea that “no” was an option. While a previous article focused on how an officer may detain an individual if he has reasonable suspicion that a crime took place or is about to take place (N.R.S. 171.123(1)), here, we will focus on consent and examine how the Fourth Amendment equips citizens with the right to just say “no.”

Police Encounters Can be Consensual

According to the Fourth Amendment of the U.S. Constitution, citizens have the right against unreasonable searches and seizures unless they validly waive consent. [ U.S.C.A. Const. Amend. 4.] You may remember that when an officer has reasonable suspicion that a crime took place or is about to take place, he may detain or hold that suspect until his suspicions have been quashed. But what if he does not have a reasonable suspicion?

Similar to interactions you have with friends or even strangers on the street, police encounters can also be consensual.[ United States v. Mendenhall, 446 U.S. 544, 553-54 (1980). ] The United States Supreme Court has said “As long as the person to whom questions are put remains free to disregard the questions and walk away, there has been no intrusion upon that person’s liberty or privacy…”[ Id.] This means that as long as you feel like you can walk away from the conversation, the encounter is consensual. You might be saying to yourself, “I never feel like I can walk away!” Well, the Supreme Court considered the same issue and determined that if a reasonable person would not feel free to leave, based on the totality of the circumstances, he or she has been seized, within the meaning of the Fourth Amendment.[ Id.]

Consent Is Based On The Totality Of The Circumstances

The Supreme Court determined that when evaluating the totality of the circumstances, courts should consider the tactics used by the police to secure consent and the particular vulnerabilities of the individual including their age, intelligence, level of education and emotional state in determining whether consent was voluntarily given or coerced.[ Schneckloth v. Bustamonte, 412 U.S. 218 (1973). ] In order for consent to be valid, it cannot be the product of threats, pressure or intimidation.

How might a situation like this occur? Say you are home alone when you are confronted with four police officers banging on your door. They say to you that they have a search warrant (even though they do not) and tell you that you better let them in. Do you let them in? While most of us would be too scared not to, the fact of the matter is that tactics like this are considered coercive and that submitting to overpowering authority is not consent.[ Bumper v. North Carolina, 391 U.S. 543 (1968). ] Consider another hypothetical. You live in an apartment with your roommate and while you are away at work, two officers show up and ask him if they can search the place. Can your roommate consent to the search of your apartment? A third party, or a roommate in this case, who shares common authority or access to the property has the ability to waive their Fourth Amendment rights.[ United States v. Matlock, 415 U.S. 164 (1974). ] In other words, your roommate can give officers access to search the living room, kitchen, and any rooms you both share; however, your roommate cannot give officers permission to search your bedroom or personal belongings.

Consent, which leads to the waiver of your Fourth Amendment rights, can be a difficult concept to analyze, and a person is best served by consulting with an attorney to examine and explain this issue. If you feel like you have been intimidated or forced to give consent that leads to a search or seizure by an officer, give us a call at Almase Law.

« Stopped and Searched on the Las Vegas Strip, Was it Legal? » Probable Cause: The Standard For Search And Arrest