Probable Cause: The Standard For Search And Arrest 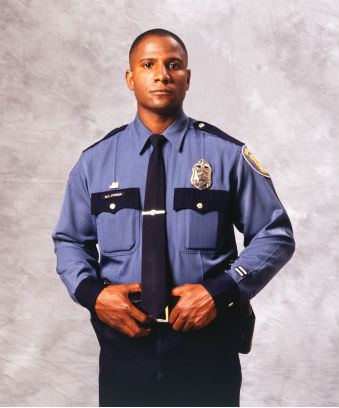 As a criminal defense attorney, probable cause is a term I often hear. Unfortunately, I typically hear it used in the wrong context. While the only reference to “probable cause” in the text of the U.S. Constitution appears in the Fourth Amendment, the standard has been held to apply to warrantless searches and seizures as well. The founding principle of the Fourth Amendment is that police officers must have justification or cause before they conduct a search or seizure (known as an arrest). In order to balance the interest of effective law enforcement with individual liberty, the determination of probable cause is necessary to execute a search or seizure. This is a very important issue, because if police cannot prove probable cause existed at the time of the search or seizure, then the entire case will very likely be dismissed.

What Is Probable Cause?

Probable cause is generally defined as the quantity of facts and circumstances within a police officer’s knowledge that would allow for a reasonable person to conclude that the suspect in question has committed a crime. According to the U.S. Supreme Court,

“the central teaching of our decisions bearing upon probable cause standard is that it is a practical, nontechnical conception. In dealing with probable cause…we deal with probabilities. These are not technical; they are the factual and practical considerations of everyday life on which reasonable and prudent men, not legal technicians, act.”

In other words, the U.S. Supreme Court is saying that probable cause is more than just a hunch or suspicion but instead requires specific and concrete facts. A determination of probable cause can include trustworthy hearsay, as well as an officer’s personal observations, training and experience.

When Do Officers Need Probable Cause?

When police officers execute a search warrant, the determination of probable cause is made by a detached or neutral magistrate (typically a judge) prior to the proposed search. A judge must decide whether a police officer’s information would allow for a reasonable person to believe the specific items related to criminal activity will be found at the particular place to be searched. In evaluating the sufficiency of probable cause in any given case, courts consider the source of the information and determine whether probable cause exists by examining the totality of the circumstances.

How Does Probable Cause Apply To Real-Life Situations?

Example 1: A police officer has determined, based on his gut feeling developed over 25 years of experience, that methamphetamine is being sold out of a casino on Fremont Street. Is this sufficient probable cause to obtain a warrant and execute a search?

Not likely. This is the exact type of hunch or suspicion that is forbidden by the Fourth Amendment. In fact, the U.S. Supreme Court has gone as far as to conclude that a “fill-in-the-blank” request for a warrant is unconstitutional because it does not indicate how the officer knew, or why he believed, the suspect committed a crime. As applied to police officers when making an arrest, the test for probable cause is determined by whether a reasonable officer would have found probable cause under the circumstances, regardless of their subjective intent. In other words, if an officer pulls over a vehicle for a legitimate traffic violation but is actually motivated to search for drugs, the legality of the search is only determined by the existence of probable cause for the initial stop.

Example 2: while working undercover, a police officer was a bystander at a party in a hotel suite when he observed a mound of white powder on the kitchen table. He observed several men sniff the white substance and appear to get high. He witnessed the same people exchange a stack of cash for a bag of the same white substance. Based on his experience, Officer Shasta has determined that the substance is cocaine. Does he have probable cause to arrests the participants and seize the powder?

Most likely, yes. Here, the officer’s conclusion, that the white substance is cocaine, can be supported by the facts and circumstances surrounding the arrest. In fact, the U.S. Supreme Court has determined that, “ [a] trained officer draws inferences and makes deductions…that might well elude an untrained person. Thus when used by trained law enforcement officers, objective facts, meaningless to the untrained, can be combined with permissible deductions from such facts to form a legitimate basis for suspicion of a particular person and action on that suspicion.” The determination of probable cause is not an exact science and is often difficult to understand and recognize. While probable cause is mentioned in the U.S. Constitution, it is more difficult to identify in practice. If you or someone you know has been searched or seized (arrested), give us a call at Almase Law. We will go over every detail of the search and seizure, to determine whether a violation of the Fourth Amendment occurred. If so, we will do everything in our power to obtain a dismissal of your case.

« Saying “No” To An Officer And The Power of Consent » Drinking and Driving: What Are Your Rights?